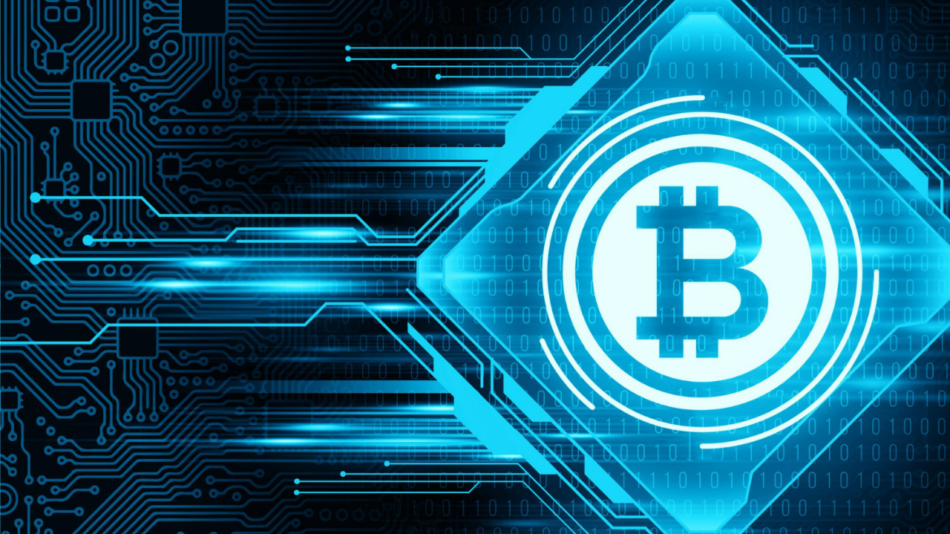 At the end of this crazy year, the cryptocurrency craze was unleashed again. The most popular price of Bitcoin has approached the record from 2018; currently oscillates around $ 19,000 for one digital coin.

One of the reasons for such a sudden interest in bitcoin may be the announcement by PayPal of cryptocurrency support. Although – as history shows – a rate correction may soon take place, it is worth looking at the whole issue. But not only the cryptocurrencies themselves. The technologies behind them, i.e., blockchain and a distributed registry, seem to be much more important.

E-business never sleeps. Increasingly, there is a need to act here and now. And this requires adequate information to allow strategic decisions to be made. The current solutions for electronic data exchange between various systems are too slow. So the time window needed to complete a transaction may be closed. Blockchain technology can meet this challenge. In blockchain-based systems, data is updated in real-time, allowing different actors to keep track of the information that other users enter into a distributed registry.

It is estimated that by 2027, 10% of the value of the global economy will be processed in the blockchain. According to a survey conducted by the APQC organization, 80% of supply chain experts interviewed had come across this technology, and 37% admitted that the companies they work for have projects that use a distributed ledger. Blockchain is most often used in logistics (58%), deliveries (31%), and planning (29%).

Blockchain is not a panacea for all problems.

There was a period when blockchain experienced a boom in virtually all areas of the economy. This shows the hopes and potential inherent in this technology. But you have to be aware that it is still a young solution, and not all implementations make business sense. Blockchain at some point became a catch-phrase, often behind which nothing but marketing was hidden. It was favored by a lack of understanding of the technical aspects; and the real importance of this tool for the economy, which may turn out to be fundamental. Just as TCP / IP is the information bloodstream of the Internet, blockchain will also become the basis of the Internet of Things (IoT).

One of the applications that are already used in business today is smart contracts implemented via blockchain. This has become a way for many companies to reduce costs related to concluding and implementing contracts with contractors. An example is the settlement of product deliveries by logistics companies. When the courier arrives at the goods’ destination, as defined virtual “oracle” built into the system, it decides to submit payment based on data. By signing a virtual contract, two parties agree to a specific, automated operation in the event of the fulfillment of the order. Blockchain technology and smart contracts also work well in the case of energy networks. A smart grid is a solution that allows for the settlement of transactions between energy suppliers and consumers.

In early 2018, IBM and Maersk announced the commencement of work on the TradeLens platform, which aimed to digitize all processes related to the delivery of products between countries on different continents. Today, TradeLens has more than two million connections a day from more than 175 different carriers. According to the World Trade Organization, the value of the exchange of goods between different countries will estimate at $ 18 trillion annually, of which $ 12 trillion is the value of shipments transport by a sea. The importance of international trade will grow year by year. But the obsolete procedures based on paper shipping documents slow down the development of logistics. Digitization would increase the value of the entire market by 15%, which translates to approximately $ 1.8 trillion in 2020 and as much as 5,

The advantages of blockchain technology are data consistency, transparency, and security, making it ideal for digitizing supply chains.

This allows you to track the product life cycle from its production, through transport, to delivery to the end customer, and even during the use itself. In this case; the manufacturer may offer additional services, e.g., in the form of remote support and new functions delivered in the form of updates.

What do cryptocurrency, blockchain, and distributed ledger have in common?

Cryptocurrencies will treat as an example of the use of distributed ledger technology (DLT). One of the implementations of which is blockchain. In order not to go into technical details, digital data stores will divide into those that allow you to change the entered information (for example, in the case of relational databases) and virtual registers.

Which are the equivalent of main ledgers uses in companies for years. Among the latter, we can distinguish centralized registers. I.e., registers controlled by one entity, and decentralized registers (DLT). Which do not have a specific manager, and by definition, every entity with access to the register has its own copy of all entries.

As we mention earlier, blockchain is a concrete implementation of the idea of ​​a distribut register and can treat as a distributing data structure, which is the basis for creating new services and applications. Therefore, it replaces relational databases. But it is worth emphasizing that one must remember the differences between the two solutions when considering investing in this technology. To help you decide whether the introduction of blockchain will bring tangible benefits to your business; I recommend reading the diagram below and answering a few key questions about the nature of your business.

It should also be borne in mind that the benefits of blockchain technology are all the more noticeable, the more open the blockchain system is. Meanwhile, many companies that will invest in blockchain opt for closing solutions, which in most cases can successfully implement using relational databases that have prove themselves in business applications for several decades.

One of the first applications of blockchain technology was cryptocurrencies (or, more specifically, still the most popular of them, i.e., bitcoin). They enabling transactions and will suppose to be an alternative to banking systems. But the wide adoption of this solution (mainly due to the previously mentioned features of blockchain and distributed registers) turned out to be troublesome. And it isn’t easy to expect that cryptocurrencies will eventually replace banking transactions. However, cryptocurrencies have become a catalyst for change in the financial sector; which noticed the benefits of blockchain-based services and began experimenting with its own implementations of this technology.

How to create an e-commerce platform in record time, set the direction of its development, build its brand on the Internet and beyond?

The main disadvantages of cryptocurrencies as a means of payment are the inability to reverse transactions and high exchange rate risk. For the latter reason, some websites have withdrawn the critical currency payment function. This is what she did, among other American companies, Valve, owner of Steam, the world’s largest gaming platform. Despite this, the cryptocurrency market is worth over $ 560 billion at the time of writing. In which over $ 350 billion is the total value of all tokens of the bitcoin are above.

However, it is worth knowing that there is a lot of competition in the cryptocurrency market. And there are many alternative solutions based on slightly different assumptions and implementations. The second most popular cryptocurrency. Valued at almost $ 67 billion, is Ether.

Running on its own distributed blockchain called Ethereum. Created in 2015 by Vitalik Buterin, digital money allows you to write programs that implement smart contracts. Making Ethereum more widely used than just as a means of payment or speculation (as is the case with Bitcoin).

The third most popular cryptocurrency is XRP, which – unlike Ethereum and Bitcoin. It is not based on blockchain but on its own implementation of a distributed ledger called XRP Ledger.

Due to the fact that cryptocurrencies and blockchain are a relatively new solution. Many people, unfortunately, appeared who decided to profit from ignorance. The collapses of cryptocurrency exchanges such as Mt. Gox, Bitconnect. Or the Polish Bitmarket will associate with multi-million losses for investors. The damage to Bitmarket customers will estimate at a total of PLN 100 million. And the chance that the money will recover is small.

These examples show how uncertain the market is. Thich you need to be aware of when investing your money in cryptocurrency and services. That enable the exchange of digital money equivalents.

Another challenge related to the operation of a distributed ledger is the issue of personal data protection. By definition, most solutions assume that data store in a distributing registry cannot change. Therefore, if for some reason sensitive information appears in it, it cannot delete. Here, the idea behind blockchain technology clashes with the GDPR. And the so-called “Right to forgot,” that limits the possible applications of blockchain systems.

Despite the disadvantages and technical nuances. We should not ignore the advantages of the technology behind cryptocurrencies because it is likely that blockchain. And distributed ledgers will become the basis of the Internet of Things. And the bloodstream of the future economy.